A father and a son

Passing through the Atlanta airport one morning, I caught one of those trains that take travelers from the main terminal to their boarding gates. Free, sterile and impersonal, the trains run back and forth all day long. Not many people consider them fun, but on this Saturday I heard laughter.

At the front of the first car – looking out the window at the track that lay ahead – were a man and his son.

They had just stopped to let off passengers, and the doors wee closing again. “Here we go! Hold on to me tight!” the father said. The boy, about five years old, made sounds of sheer delight.

I know we’re supposed to avoid making racial distinctions these days, so I hope no one will mind if I mention that most people on the train were white, dressed for business trips or vacations – and that the father and son were black, dressed in clothes that were just about as inexpensive as you can buy.

“Look out there!” the father said to his son. “See that pilot? I bet he’s walking to his plane.” The son craned his neck to look.

As I got off, I remembered some thing I’d wanted to buy in the terminal. I was early for my flight, so I decided to go back.

I did – and just as I was about to reboard the train for my gate, I saw that the man and his son had returned too. I realized then that they hadn’t been heading for a flight, but had just been riding the shuttle.

"You want to go home now? " The father asked.

“I want to ride some more!”

“All right,” the father replied, and when a door opened we all got on.

“Where are all these people going, Daddy?” the son asked.

“All over the world,” came the reply. The other people in the air port wee leaving for distant destinations or arriving at the ends of their journeys. The father and son, though, were just riding this shuttle together, making it exciting, sharing each other’s company.

Here was a father who cared about spending the day with his son and who had come up with this plan on a Saturday morning.

Parents who care enough to spend time, and to pay attention and to try their best. It doesn’t cost a cent, yet it is the most valuable thing in the world.

The train picked up speed, and the father pointed something out, and the boy laughed again. 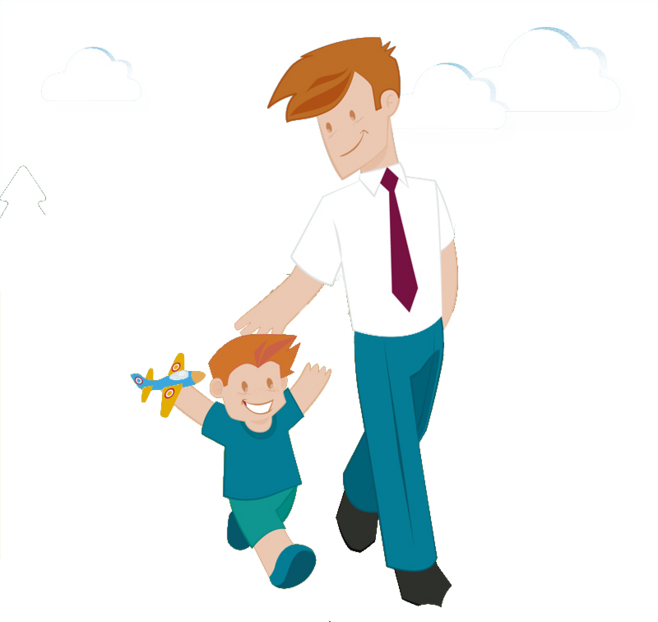 Prev : HomeNext : A Wonderful Dialogue between God and a Child